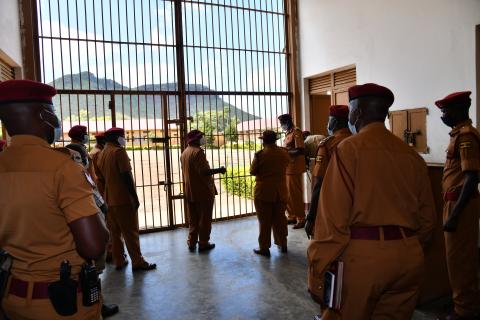 He held closed door meetings with the station management, UPDF and Police before addressing staff at the station.  Uganda Prisons has offered a bounty of  Shs 1,500,000/= for each gun recovered and of Shs 500,000/= for every escaped prisoner recaptured. "I want to inform the escapees that it is a matter of time, we’re going to get them. Those who escaped in Arua, we got them, those who escaped in Bukwo we got them back. These ones we shall get them. In Uganda you cannot get lost. Even if you go in the neighbouring country by our collaboration we shall bring back, everyday we’re picking one by one." said Byabashaija 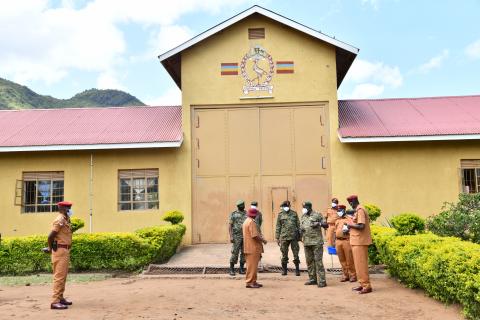 The Commissioner General noted there were some errors inside the prison that caused mass escape. He revealed that 16 inmates have been recaptured and 7 put out of action - giving a total of 23 inmates so far accounted for.  The station has been reinforced with specialized team from the Safety and Security unit. 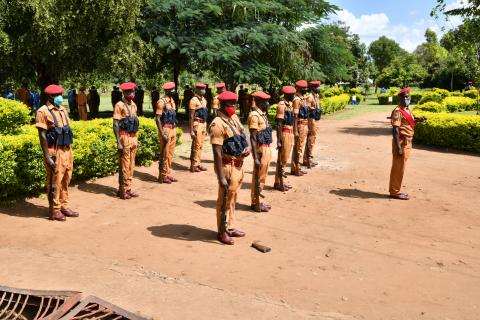 "We had some errors inside the prison and our gatekeeper was not adequately protected, a structural deficiency. I have instructed my Assistant Commissioner In charge of security to deal with it very very quickly. We must protect the gatekeeper with a cage such that prisoners don’t get access to him. I have directed him to place central boxes or what we call watch towers. If we had watch towers here, of course we wouldn’t have had that problem - you shoot directly at the prisons from the watch towers and we’re going to make a double fence". 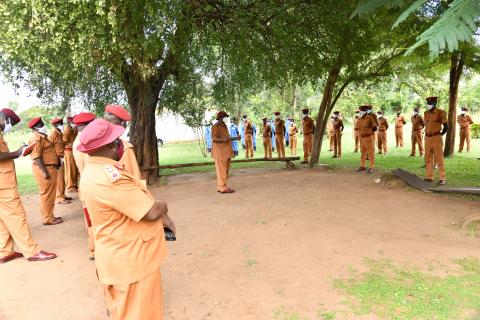 Byabashaija’s visit comes days after a team from the Prison headquarters camped in Moroto to investigate the prison break. No gun has been recovered yet and according to the Prisons spokesman, Frank Baine, some of the prisoners have crossed to the neighboring Kenya.