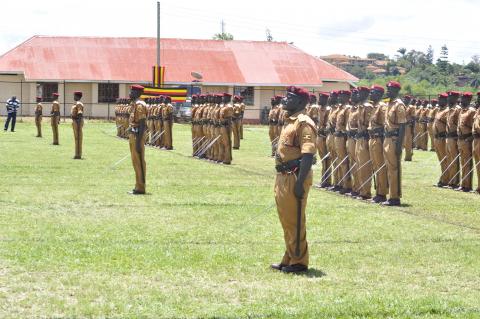 President called upon the judiciary to expedite trials and sentencing of prisoners so as to reduce on costs on transportation of inmates to and from courts of law.

The Commissioner General of Prisons, Dr. Johnson Byabashaija, informed the President that the institution spends lots of moneys on feeding and transporting prisoners to courts of law. Of the 51,000 prisoners in the country, 51.7% are remands still awaiting for trial.

President Museveni gave assurances that the government would avail the Uganda Prisons’ Services (UPS) with the funding it requires. "The money to enhance production systems such as cotton production, seed multiplication and the furniture workshop will be got this financial year. We cannot fail to fund production and fund consumption," he said. The President reassured the country of the government's commitment to ensure security and, called upon the population, Police and Prisons to be more vigilant.