PASS OUT AND COMMISSION OF LOW COST STAFF HOUSING 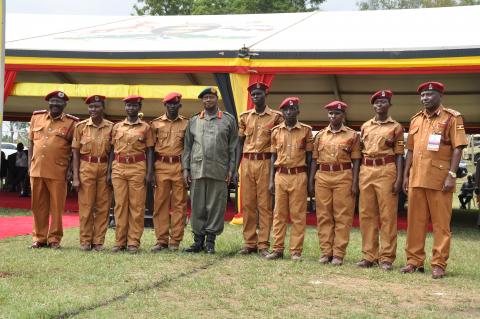 The President congratulated the Prisons leadership past and present for sustaining the prisons training facilities in luzira over the year's since 1950. It's a nursery for new cardership. 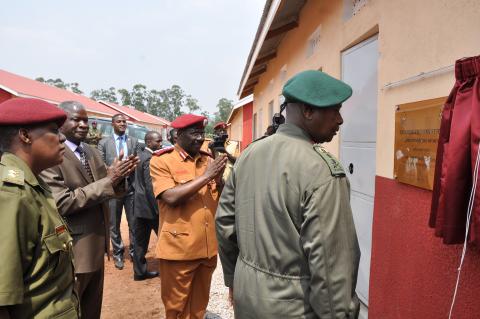 He further congratulated the Commissioner General of Prisons, Can. Dr. Johnson Byabashaija on the " new town " low cost staff housing project commissioned. Like the parable of the shower in the bible, where seeds fell on good soils and germinated, Prisons Service is the proverbial seeds that fell on good soils.

The Prisons Engineering department has spent 59 million on each block of 12 one roomed housing units and so far, 480 units have been built.

On the death penalty, he noted that he would revise his stance on leniency because of his Christian background that is making criminals think they can cause harm and get a way with it. To the graduands he advised them against sexual promiscuity, alcoholism and corruption.

The Minister of State for Internal Affairs, Obiga Kania informed the President that the Prisons Service has always been a productive service in industry and agriculture and if well funded can contribute to skills of people for production and develop the country.

Commissioner General in his speech noted that Uganda Prisons Service has been rated the best rehabilitation/ correctional centre in Africa and number four in the World.